Barefoot and without make-up, Melissa Panarello is curled up on the sofa in a cluttered flat in a dark backstreet near the Colosseum. She nibbles on bread sticks, holding them as if they were cigarettes, and emits gems of worldly wisdom on her field of expertise: teenage sex.

‘I always thought sexuality was normalissimo,’ she says, swapping the breadstick for a real cigarette. ‘I don’t understand why people can’t talk about sex. If people are shocked, I can only conclude that they’ve got a problem with their sexuality.

‘All I have done is write about what really goes on,’ she says. Her dark eyes are cold and dull and she does not smile.

The book is a flow of seedy sexual encounters between the protagonist’s willing ‘Secret’ (her vagina), or her mouth, and countless demanding men.

In between classes at her home town the teenager goes seeking romance and comes home humiliated, soiled, full of shame and often in tears after willingly allowing men – and a woman at one point – to use her body and mechanically give her physical pleasure.

On her 16th birthday, Melissa ends up in a smoke-filled room above an old fishing yard, blindfolded, as five men she does not know take over her body.

‘Unexpectedly the hands became four,’ she writes in her diary, then six, then eight, then 10. ‘Five men were licking me, caressing me, setting my body on fire,’ she writes. ‘I was at the centre of attention and they did what is permitted with my body in the cell of desire.’

‘I was inert,’ she says. ‘My eyes looked down, switched off. Empty.’

When it was over, in the early hours, ‘I went home full of sperm, my make-up running. My mother was waiting asleep on the sofa. I felt invaded, soiled by strange, lumpy bodies. I brushed my hair one hundred times, like princesses do but smelling of sex.’

Sex is a series of violent, brutish experiences described like scientific observations. By the end, she finds a gentler man who tells her he really cares.

‘The sun does arrive,’ she writes. ‘Not this burning Sicilian sun, that spits flames, that starts fires, but a gentle, discreet, generous sun that gently melts the ice, making sure my dry soul is not flooded all at once.’

Melissa P’s short, crude, childish account of what she says is the ‘reality’ of modern teenage sexual exploration has sold around 900,000 copies since it came out in Italy in July 2003.

The author, who says the book is ’90 per cent real’, has been described as a Lolita but she says she has never read Nabokov’s classic novel.

The explicit detail and detachment of the diary have fuelled debate over whether the book is a genuine contribution to taboo-breaking on female sexuality or a fraud written mainly by an older man living out adult fantasies. Italian weblogs are buzzing over whether Melissa P is a slut or a brave voice of our times.

‘I am not much of a feminist,’ she says, her child-like round face showing no expression. ‘But there is a difference between using your body to get on TV and being able to write about your sexuality.’

‘People are not used to teenagers talking about sex. It’s still shocking for many. They prefer not to know.’

‘But people don’t want to be told this kind of reality. They just accuse you of lying.’

Melissa, now 18, has thrived amid this debate, winning a film contract and becoming a well-known face on European TV and magazine covers. She says she received hundreds of emails from apologetic men and young women who identify themselves with the scenes she describes.

She hid her identity when the book first came out. But the veil soon fell and now she is an icon of modern Italian youth culture. Melissa claims her parents, who split up recently, were proud of her literary success once they got over the initial shock.

But she does not see them as part of her life. ‘I never really felt at home in my family,’ she says. ‘I always wanted to leave.’

Last January, as the book took off, she dropped out of school and moved to Rome ‘to live a bit’. ‘It got too difficult to juggle interviews and homework,’ she says. ‘And the teachers couldn’t stand me. Some of them would not speak to me and others told me I was trash.’

Now she is cushioned by her book money from the financial ups and downs of her parents’ clothes shop in Catania.

‘I don’t see why you care what they think of my book,’ she says, dismissing the fact that the extreme sexual experiences she describes, a minor’s love life with older men, were hidden in her typically Italian Catholic home.

In the Rome apartment where Melissa now lives with her publisher boyfriend, making interviewers wait hours, Melissa says she has grown out of her phase of trying out sleazy older men.

She dismisses suggestions that she might be a one-book wonder or just a timely example of a generation of teenagers exploring sexual extremes and leaving love for later.

Melissa is working on her next book, which she says is due out next year. It is about a loving relationship ruined by jealousy. The title is The Smell of Your Breath. 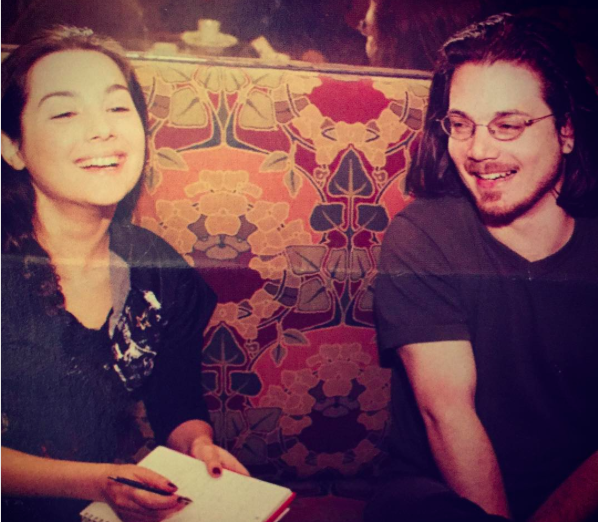